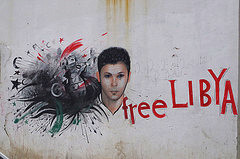 After the fall of the Gaddafi regime in 2011, hopes were high for a democratic transition in Libya. Several rounds of elections occured, the first in July 2012 to elect a General National Congress. Over 2.8 million voters registered on paper forms, and 1.7 million voted in the first free election in 47 years.

Unfortunately, the initial voter registration system did not capture data in a digitally reusable format, a key piece of the machinery of a modern democracy. A second election was scheduled for Spring 2013 to form a Constitutional Assembly and draft new governing documents.

A new registration system was needed that reflected the scale of Libya’s democratic ambitions. 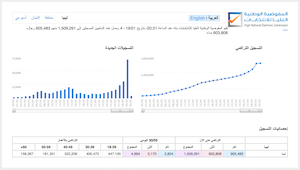 Working with Reboot.org’s team of human-centered designers and development experts, as well as mobile development experts from Caktus and Praekelt, Josh was on the ground in Tripoli for three months providing in-country technical expertise, integrating disparate systems, and rapidly developing software for emerging needs.

We developed a visual data dashboard to show daily voter registration totals and election day results, an automated fraud detection and reporting system, and software to generate voter rolls for each polling place. We crafted clear project documentation for client reports, helping make a complex system understandable to non-technical staff. Despite the fluid security environment, we were committed to ensuring the success of the project, and a successful election. 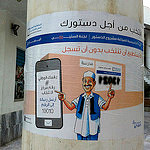 In all, over 1.5 million people registered to vote over SMS, the first time that technology has been used in a national voter registration system. Our data dashboard was the primary public interface to the system, was frequently referenced by election commission staff and journalists. Our code to generate the voter rolls produced thousands of pages of publicly viewed documents, and was used by millions of voters to find their station inside the polling place.

We are proud of being a part of this moment in history, advancing the state of the art of voter registration, and helping build the machinery of a new democracy.