The Stories of Solidarity project emerged from a hackathon at a conference organized by UC Davis Professors Chris Benner, Jesse Drew and Glenda Drew entitled “Social Media, Insecure Work and New Solidarities” held at the UCLA downtown labor center in the Fall of 2012.

A group of students and faculty from UC Davis and UCLA came together at the hackathon to design a technology platform beneficial to those organizing sectors of workers that suffer from low wages, poor healthcare, immigration problems and other aspects of much of the new economy.

Recognizing that social media and story sharing has become a powerful means for connecting people and supporting social movement organizing, the project seeks to help address the growing insecurity of work that plagues millions of precarious workers in the US by providing a basis for new forms of solidarity and collective conceptions of labor.

We took the original hackathon design concept and built a robust platform to accept story submissions over the web, via text message, and through a mobile app. Using rapid development methodologies, we worked in sprints to define initial functionality, add-on features, and build integrations with other social media sites. The final application provides a simple interface for administrators to review and edit stories, and publish them to the StoriesOfSolidarity.org site instantly.

Continuing our work with the UC Davis team, we implemented a beautiful new redesign that enables searching for stories by content or geography, and can include interactive infographics to add information in context. 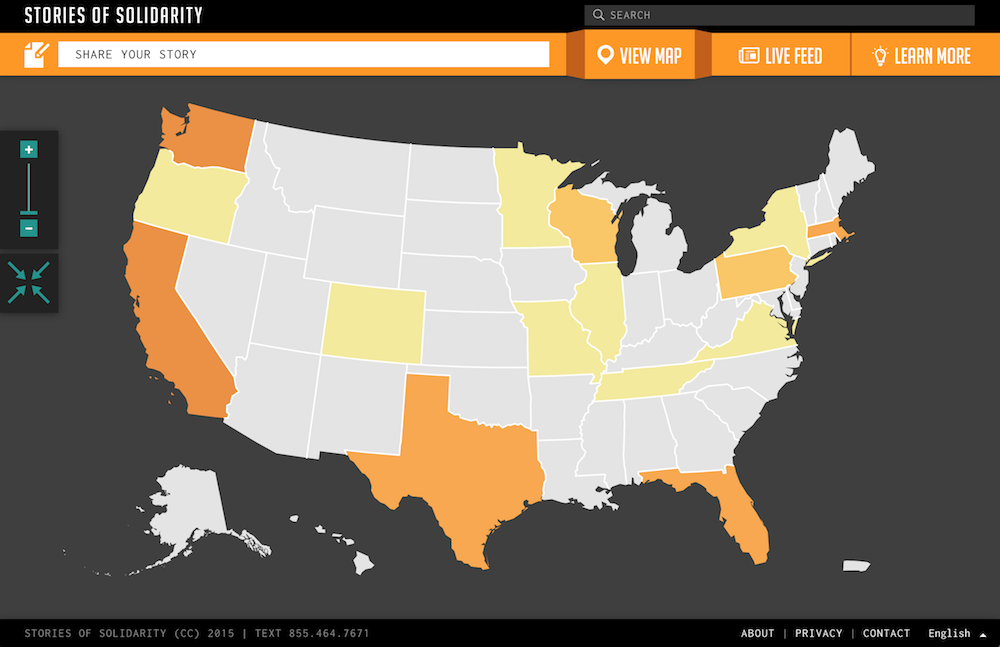