Extractive industries operate without restraint in parts of the upper Amazon: prospecting in national parks, drilling for oil in indigenous hunting grounds, and leeching pollutants in the watershed of world’s largest river system. Oil spills are often unreported, and remidiation efforts are basic at best. Dangerous levels of heavy metals have been found in the livers of wild animals hunted for food, and incidents of cancer and lead poisoning are high some communities.

DigitalDemocracy has been working with Achuar and Quechua environmental monitors to improve their data collection practices, so that local decision makers can understand the impact on their lands, and decide how to tell their story to the government and the rest of the world. They called for a gathering of technologists, civil society organizations and international funders to help develop better tools that can work offline, and be easily used without requiring technical training.

We participated in a four day hackathon in the cloud forest of Peru, where we met local programmers, environmental monitors and activists who are doing the hard work every day. Being immersed in the local context helped American technologists understand the system requirements, particularly offline capabilities, and user empathy for operating a smartphone application in the rainforest. We brainstormed user interfaces, peer-to-peer offline data-sync protocols, and simple technical tools to improve the reliability of the existing system. 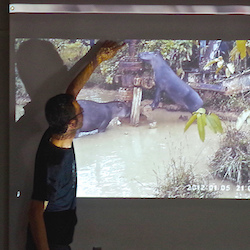 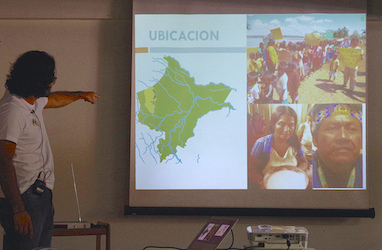 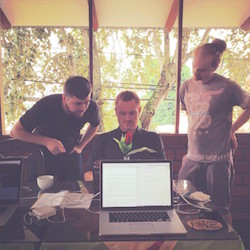